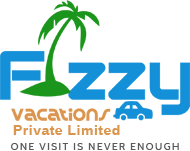 Day 1 : Bhuj
Fly in to Bhuj or Arrive By Train and Be Greeted By Our Representative Who Escorts You to Your Hotel and Introduces You to other Tour Members. Bhuj Has a Beautiful Palace and is also Known for Its Temples as Well as Handicrafts like Mirror Embroidered Fabrics, Lacquered Wood Work and Tie-dye Fabrics. Start Your Trip By Exploring the 18 Century Palace, the Aina Mahal, Prag Mahal and Hira Mahal. After this Tour Visit Local Bazaars and Buy Some Handicraft Items. the Favorite Snack Here is “dabeli”— Try Some.
Day 2 : Narayan Sarovar
A Typical Kutch Breakfast is Served After Which You Set Out for Narayan Sarovar, a Pilgrimage Spot with Quite a Few Temples with Associated Legends in the Vicinity. Narayan Sarovar, So Say Legends, is the Con􀀂uence of 151 Rivers. from Here We Go On to Koteshwar Temple Dedicated to Lord Shiva. this Sits Close to the Sea. the Associated Mythology States that Ravana Meditated On Lord Shiva and Earned His Favor in the Form of a Grand, Magical Shiv Linga. However, the Linga Was Dropped Here and Gave Birth to the Koteshwar Temple. Return to Bhuj for a Stay in Your Hotel for the Night.
Day 3 : Rajkot
Set Out for Rajkot On a 232 Km Drive that Takes About 5 Hours and Check Into Your Hotel. Rajkot is Home to Jalaram Bapa Whose Birthplace is At Virpur in the Vicinity. Jalaram Bapa is Said to Be An Incarnation of Lord Vishnu and There is a Magni􀀁cent Temple Here with Thousands of Adherents Spread all Over Gujarat Visiting this Spot. One Highlight of this Temple is that It Serves Food to One and All. Rajkot is also One of the Famous Industrial Cities of Gujarat But of More Interest are the Swaminarayan Temple, the Iskcon Temple, Vriksh Mandir and the Hanuman Temple.
Day 4 : Dwarka
After breakfast everyone boards the coach for the ride to Dwarka, Lord Krishna’s home. Dwarka sits by the sea and Bet Dwarka is an island just off the coast imbued with religious fervour. It is believed that the sea here is a confluence of the holy river Gomti.
Day 5 : Dwarka Excursions
Begin the Day with a Morning Visit to the Temple At Bet Dwarka for the Aarti. Bathe At the Spot Where the Gomti Meets the Sea and Then We Go Off to the Magni􀀁cent Dwarkadhish Temple, a Tall and Imposing 5 Storey Structure Said to Be More Than 2500 Years Old. Lord Krishna’s Nephew is Believed to have Built the Original Temple. You also Visit the Nageshwar Gopi Pond and the Rukmini Temple, Dedicated to Rukmini, Wife of Lord Krishna.
Day 6 : Somnath
Set Out for Somnath Early in the Morning. On the Way We Stop At Porbandar to Visit Kirti Mandir, Home of Mahatma Gandhi and View the Memorabilia. Proceed to Somnath also Known as Prabhas Patan to Differentiate It from Patan in North Gujarat, Another Royal City. Somnath Has Great Religious Significance in that It is Site of One of the 12 Jyotirlinga and One of the Four Major Char Dham, a Spot Every Devout Hindu Wishes to Visit At Least Once in His Life Time. the Tall Temple of Somnath is Impressive, Capped By a Golden Kalash. It is Said the Temple Was Sacked and Razed Many Times But Has Always Managed to Rise like a Phoenix Because of the Unquenchable Religious Fervor of Devotees and Help of the Kings.
Day 7 : Bhavnagar
You Leave Somnath in the Morning and Travel to Bhavnagar, About 280 Km Away, a Ride of 5 Hours By Road. On Arrival You Check Into Your Hotel and Visit the Local Markets to Sample the Bhavnagri “gathia” and Chiki and Kachariyu (crushed Jaggery and Sesame Seeds Mix) Available Only in Winter. Bhavnagar is a Royal City and the Nilambagh Palace is Now a 5 Star Hotel. Retire for the Night to Your Comfortable Hotel Room.
Day 8 : Palitana
Early in the morning we set out for Palitana after which we will reach Ahmedabad. Palitana is a Jain temple town and you have to climb hundreds of steps but from above, the spread of temples below is simply fantastic. Palitana is a pilgrimage spot for Jains and has beautiful temples with marble carvings rivaling those in Delwara, Mount Abu. The famous temples are Adinath and Adishwara Temples. Proceed to Lothal, once a famous port city but now landlocked. Here you view remains of the Indus Valley Civilization. Then we reach Ahmedabad and check into a comfortable hotel to stay the night. You might want to explore the old city of Ahmedabad with its narrow winding poles lined with Havelis with rich wooden carvings, snack on farsan and buy some souvenirs. Do not forget to visit Sidi Saiyad Jali with its intricately carved stone 􀀁ligree windows, one of which is the symbol of the city. You could also visit the Jhulta Minara near railway station but no one is allowed to go to the top.
Day 9 : Ahmedabad Departure
Early Morning You Will Proceed to Railway Station.
other Places to Visit- Gandhidham, Kutchh, Palitana,Junagarh